The idea for Komar Industries came to our founder, Larry E. Koenig, while he was operating his first business Recycling Systems and Equipment (RS&E) out of an old remodeled gas station in Bettendorf, Iowa.  John Deere, a large customer for RS&E, approached Larry with a challenge to find a a safer and more efficient way to handle their industrial wood waste.

Larry poured over the available products on the market, but none fit the need. Inspired by a cantilevered screw in a Swedish Garbage Truck, Larry sketched out a concept for a new wood waste processing machine.  This machine would utilize a large tapered screw as the main processing component, with teeth welded on the outside to help with an initial breakdown of the material.  A hopper was included on top of the machine to guide material into the processing chamber.  Finally, breaker bars were affixed to the floor to help with further volume reduction and material flow.  Believing this concept had merit, Larry filed for a Patent on this new machine and called it a “Pallet Auger.” 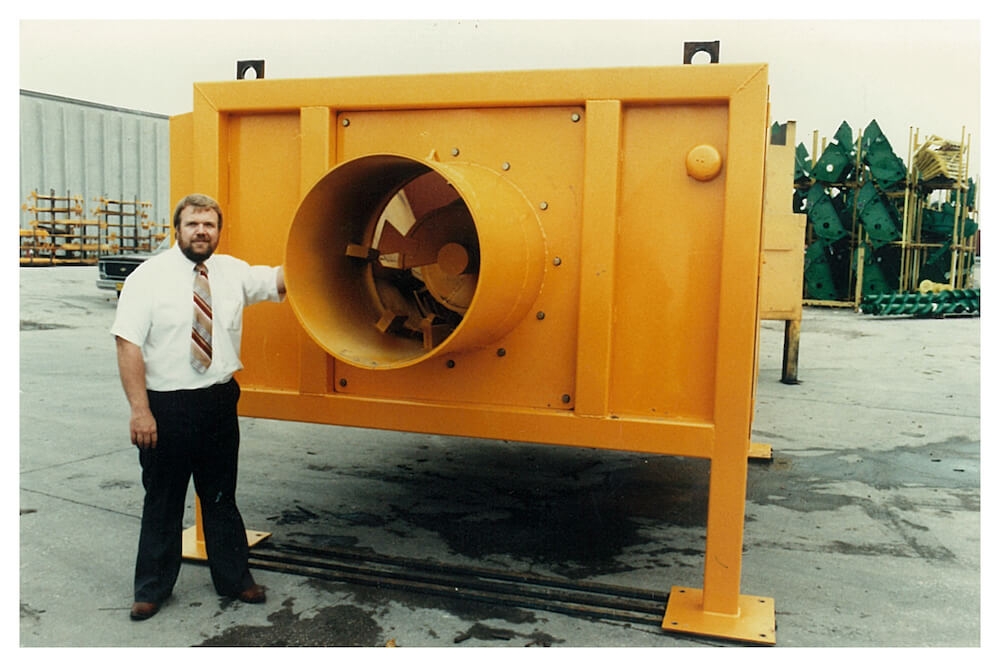 Founder, Larry Koenig, standing next to his first “Pallet Auger” in 1977. 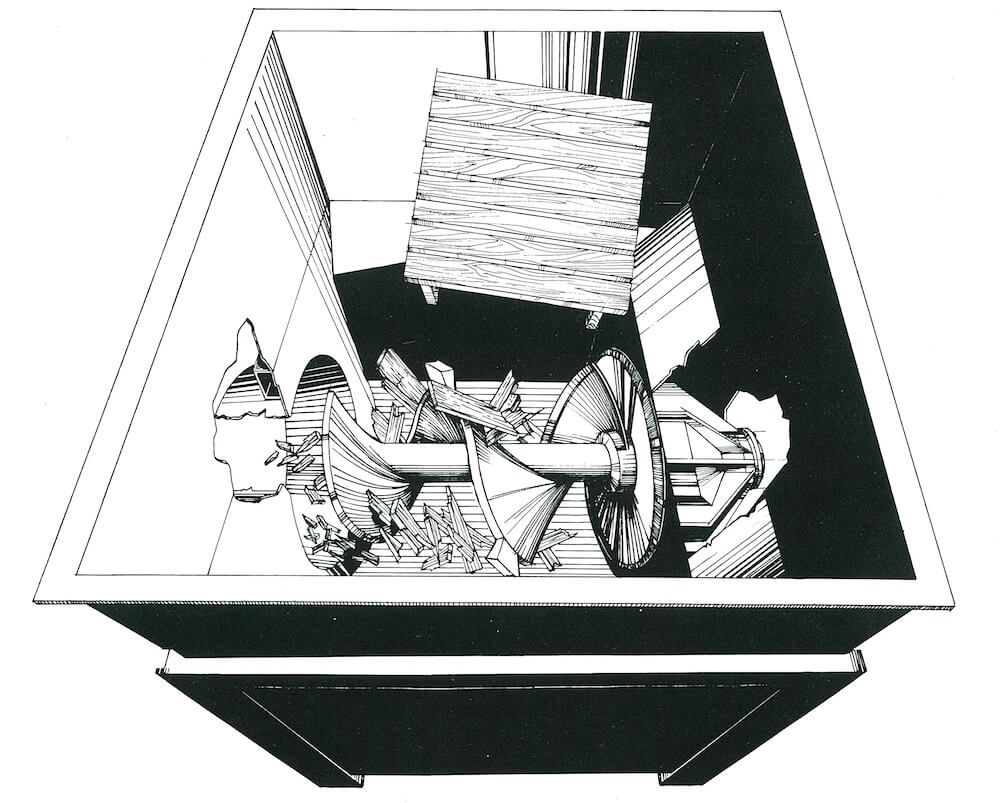 Larry sold the first unit to John Deere along with a money back guarantee.  The patent was issued for the new technology and became the basis for Larry’s new company “Komar Industries.”  The Company name “Komar” was derived from the first two letters of the family name Koenig with the first three of his son Mark’s name. The Komar logo was created by a local artist who thought that Larry, with a beard at the time, looked a bit like a Viking.

Komar remained a hobby for Larry while he pursued ventures in a recycling facility and a waste collection operation, but his newly patented technology was generating interest around the country.  In the early 80’s Larry’s other operations were sold, and he decided it was time to pursue his promising hobby full time.  Armed with a bunch of sales inquiries Larry charted out his customers’ locations on a map and determined that Columbus, Ohio was the ideal central hub for his business.

In 1984 Larry moved to Central Ohio with his wife and one fabricator who had worked at one of Larry’s previous businesses. They rented an old “Westinghouse Motor” rebuild facility which was equipped with two bridge cranes and plenty of power to set up a new manufacturing facility. 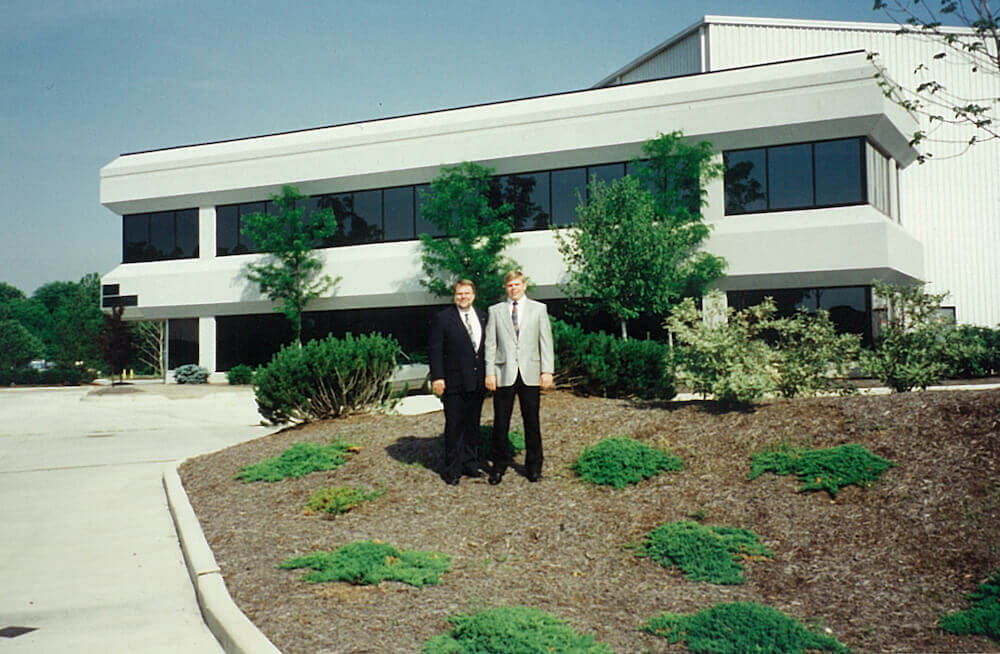 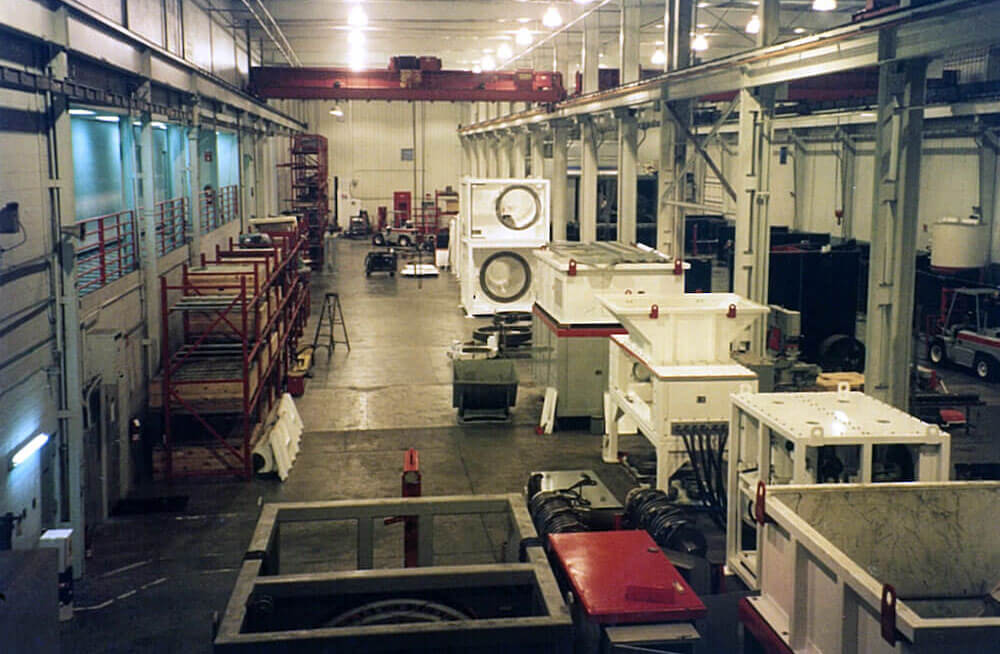 Inside of the manufacturing plant connected to Komar’s corporate office.

Shortly after moving to Ohio Larry began adapting his auger technology to be used in continuous feed systems for incinerators.  Unlike traditional feed technologies, which struggled with control efficiency and air ingress, the continuous forward rotation of auger technology provided a variable feed rate and kept air out by creating a seal with the extruded materials. These features greatly improved the feeding process for waste incinerators. 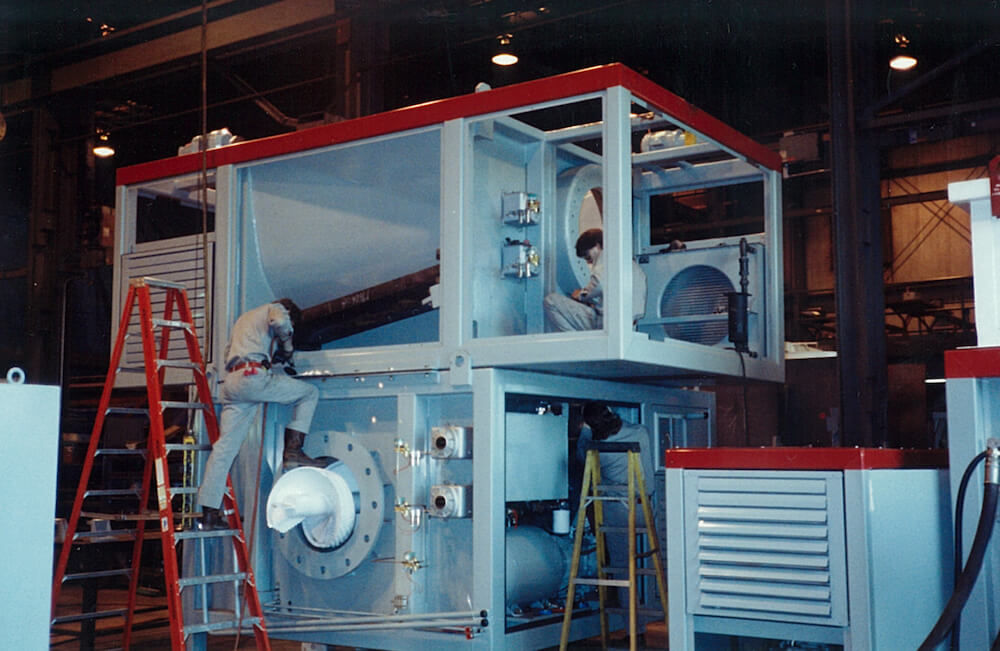 Construction of one of the first Tri-Auger processors. Designed to shred, blend, and feed of hazardous waste. 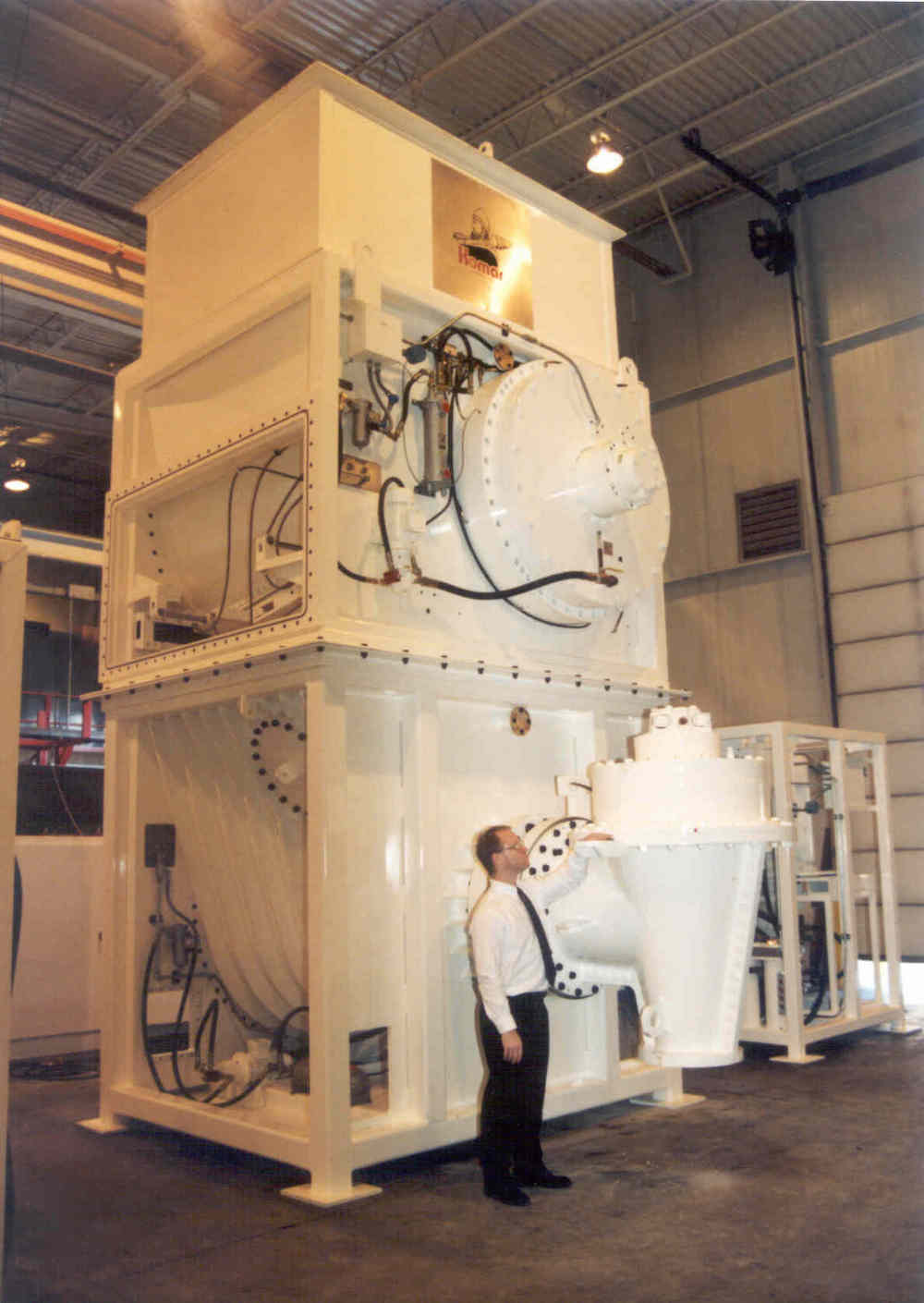 The ’90s brought about the release of Komar’s first line of industrial shear shredders – single, dual, and quad shaft.  This decade also saw expansion to the original manufacturing plant, providing space for Komar to invest in large machine tools, bringing all critical manufacturing in house. Komar designed and manufactured a series of large scale coal briquetting systems in the late ’90s in conjunction with synthetic fuel projects. 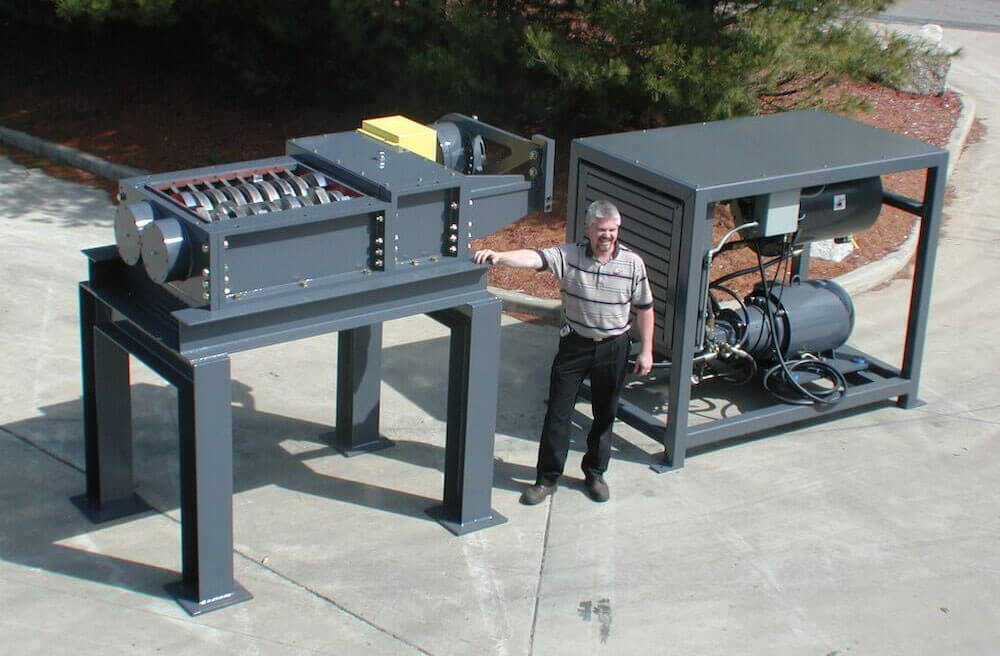 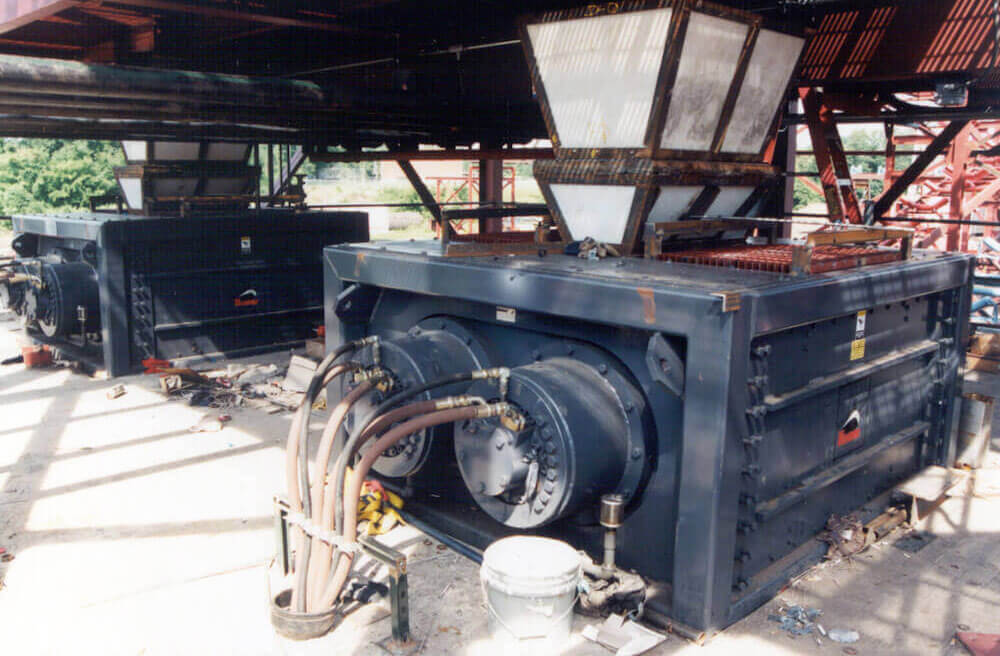 Innovation continued into the new century, as Komar began expanding its auger processing equipment offerings, with the development of the electromechanical driven Auger-Pak™ line targeted at industrial manufacturing facilities and fulfillment & distribution centers. 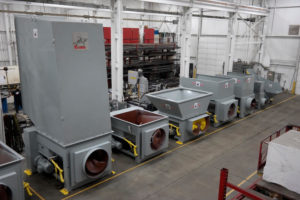 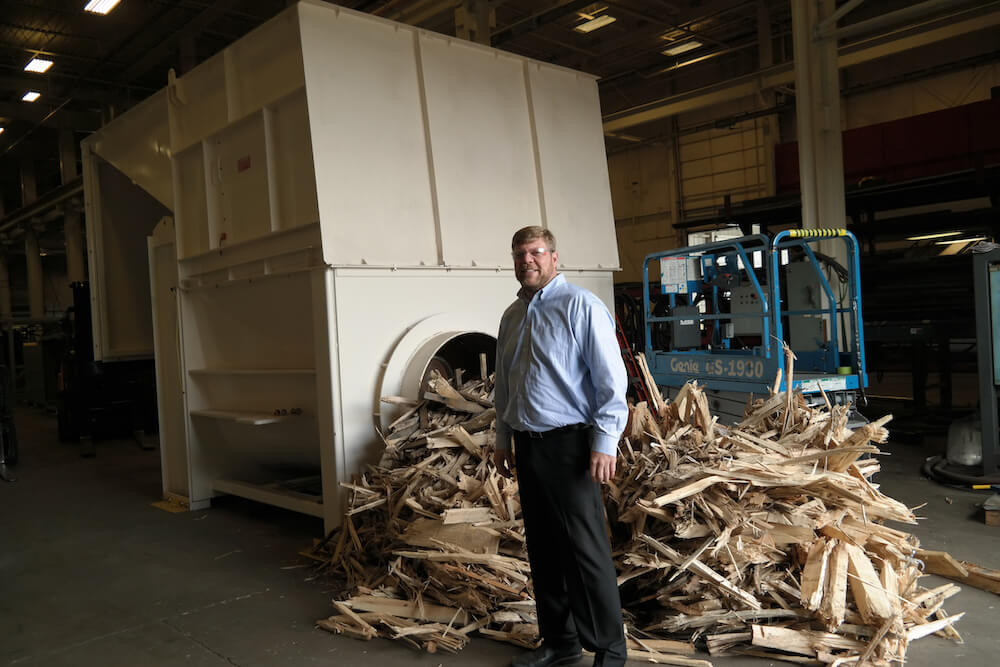 In 2007 Mark Koenig took over as President of Komar, running the day to day operations, and Larry took on an advisory role as the CEO. Mark had worked at Komar since 1986 and was active in large system design and direct sales.  Mark had travelled extensively implementing Komar waste processing technology around the globe.

Continued growth led to Komar purchasing the facility next door and renovating it to increase manufacturing capabilities.   A concrete lot was poured between the two facilities to allow for more efficient handling of the incoming raw material and out going finished product shipments.

Komar continues to tackle some of the most difficult and demanding applications with more than 30 years of experience safely processing and feeding Hazardous Waste in Facilities around the world. 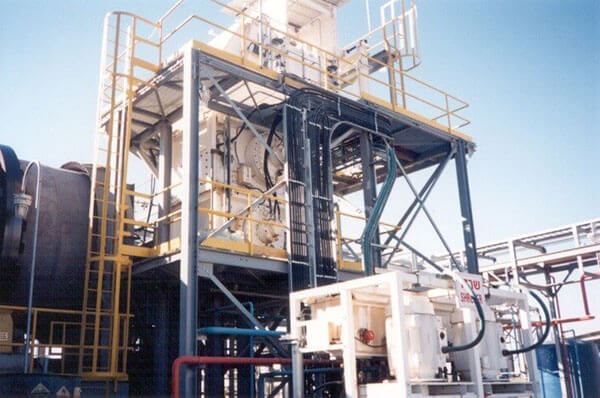 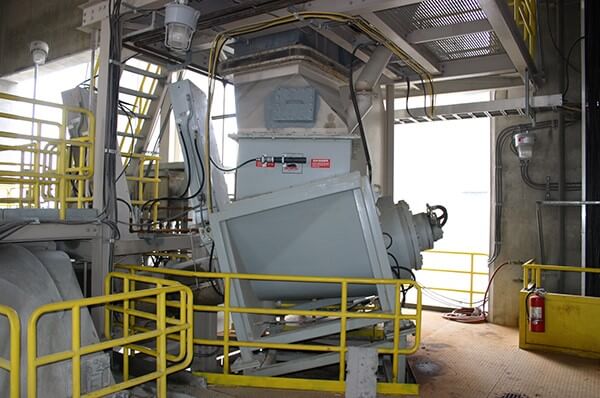 Inside view of part of a Komar large multi-stage hazardous waste processing system.

Today’s mega distribution & fulfillment centers along with Industrial manufacturing facilities rely on Komar’s processing equipment to keep the waste by-products flowing out of their facilities efficiently. New Auger-Pak™ models continue to transition both the corrugated and wood processing markets. 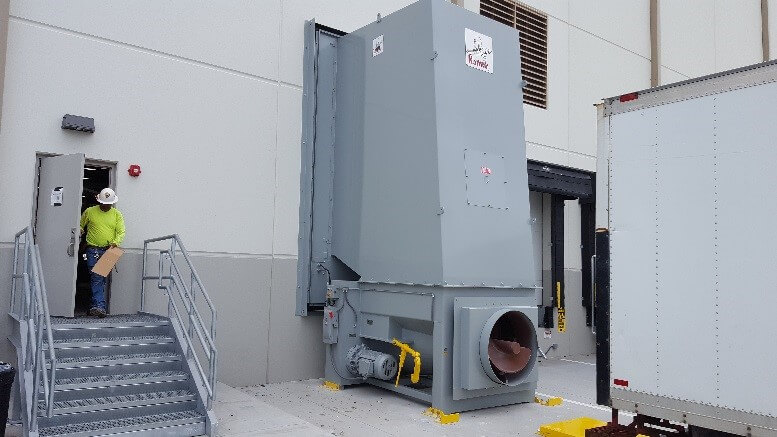 Outside view of a Komar Auger-Pak™ installation for a fulfillment and distribution center. 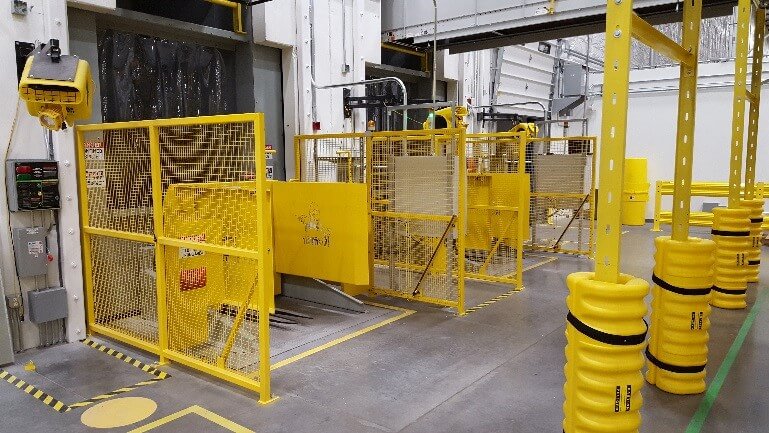 Inside facility view of a Komar twin Auger-Pak™ installation (tipper and conveyor fed) for a fulfillment and distribution center.

Komar offers the broadest line of auger processing technology in the world.  Other Komar product lines continue to expand for volume reduction, shredding, flattening, dewatering and continuous feed for gasification and incineration.  All Komar products designed and built to meet the highest performance and durability standards. 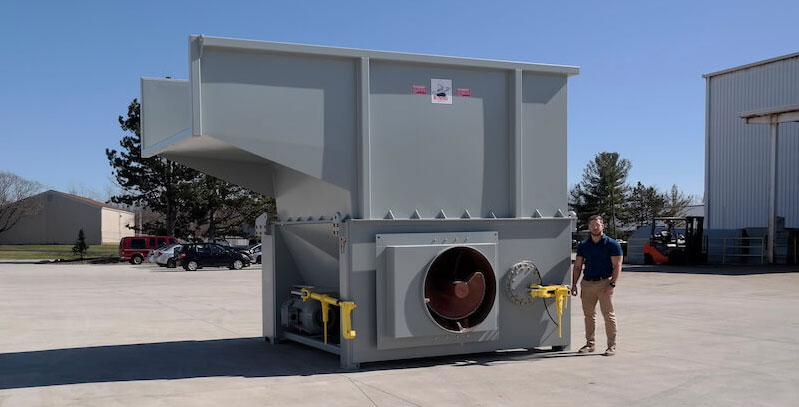 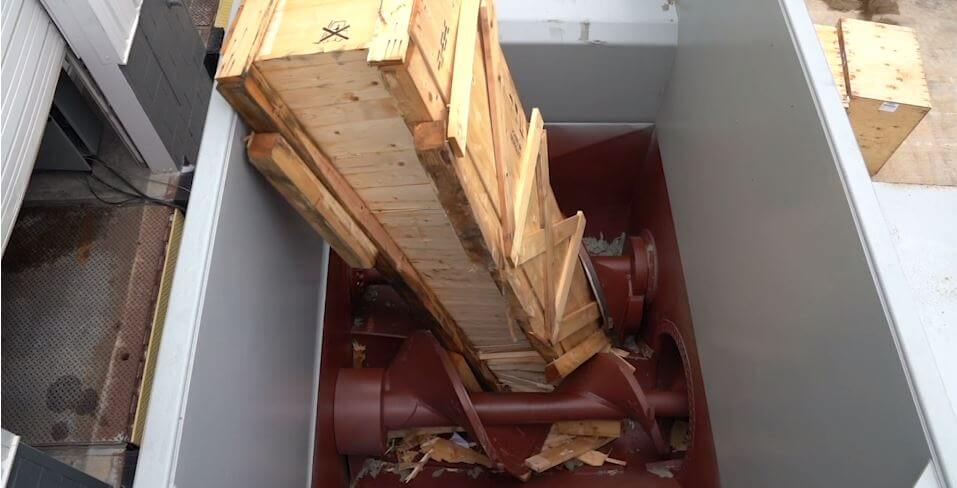 In 2017 Komar kicked off two important programs to enhance the unparalleled service quality promised in the “Komar Difference.”  First, all Komar customers can now sign up for our nation-wide preventative maintenance program, which includes bi-annual site visits by our factory trained technicians.  Secondly, we have launched KomarConnect, a service level agreement that gives Komar technicians the ability to provide remote access monitoring and diagnostic capability for our customers 24/7. 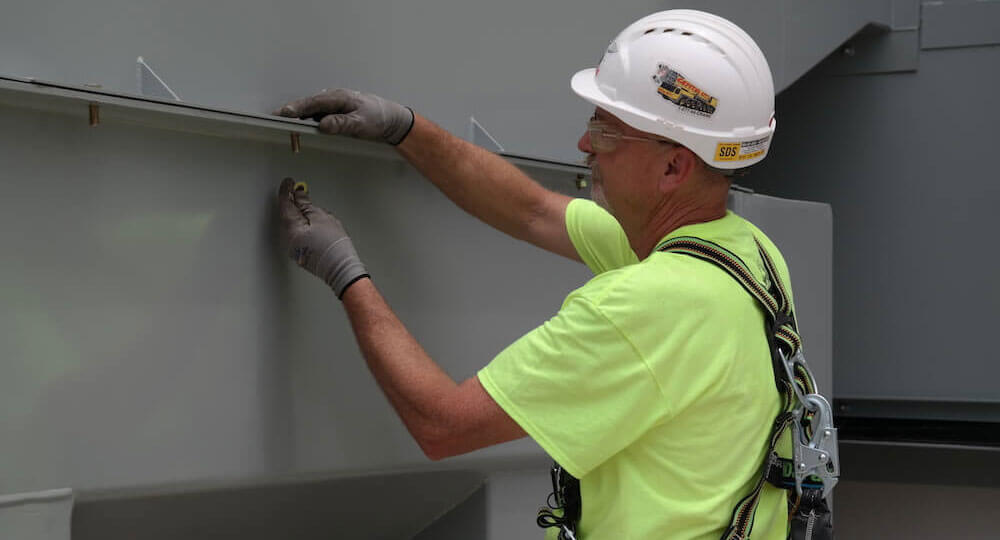 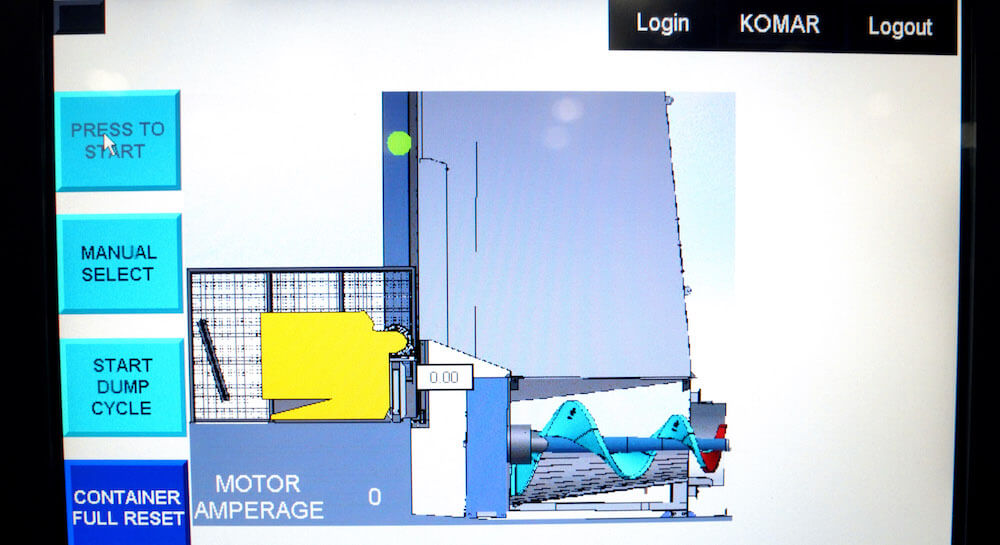 2018 marked the launch of full production in our second manufacturing facility, along with adding additional large machining capacity in the original facility.  These steps have tripled the manufacturing capacity of our company, allowing us to look forward to reaching and serving a much broader customer base.

We are a solutions company. With a wide array of application-specific models and advanced engineering capabilities, we look forward to guiding you to the best solution for the job.

Tell us a little more about your project.